I’ve been teaching Video Game Design and Virtual Reality to my Asian students in Vietnamese and Indian universities, travelling the world one country at a time: Scotland, Thailand, Singapore, Hong Kong; opening too many bank accounts for my own good and becoming a temporary resident of all those places for a while.

And yet, here you are, in a steady stream of visitors of a website I didn’t check for ages. I am ashamed, of course, but I come bearing news if not gifts yet.

A full-fledged roleplaying game is on the way as well as a novel, the first of a saga which I can only describe as a Manga/Light Novel/Anticipation/LitRPG/Historical Fiction crossover like it comes straight from the future.

Dabbling in fiction writing rather than games has changed my perspective. A lot. The world has been changing and so did we, bygone is the Old School Renaissance, The Forge, all those people we’ve interacted with for the better or for the worse, laughable now the debates of the past, forgotten with love and, let’s be honest, fond memories. This change brings change to this website as well as you will see in the coming weeks. In many ways, we begin now, Kabuki Kaiser 3.0.

For those of you who discover this website and my nickname for the first time, I’d like to make it simple:

“Welcome to my page. I’m Kabuki Kaiser, and I write books with game stuff in them. I know a thing or two about games, I teach that, but it’s okay if you don’t play any. We can only write from experience, I’ve heard, so that you will find a lot of Asian references and a lot of nods to diverse Asian cultures in my books. I will be happy if you get them. If you like K-Pop and manga, you should be all set so that you don’t need a PhD in Asian Studies to understand them and hop onboard. It’s okay, my grandma’s Asian and I live there with Asian friends for my family circle and first readers; so, grab a bubble tea and stay tuned, we’re only getting started.”

Following up on Olivia Hill’s latest post about why we shouldn’t separate Fluff, and Crunch, and about the latest trends in gaming, the time calls for a clarification about what setting means. Deep in the founding principles of what a roleplaying game is lie the idea that “stories” emerge through play rather than being predetermined as in a book. After all, the whole specificity, and selling point of roleplaying games is that you can, through play, weave the story you want.

There’s a thin line here between what many “New School” players consider roleplaying, and what many “Old School”, or “Story Games” players consider roleplaying. If the story’s pre-set in its entirety up to its logical conclusion, boss fight, or cliffhanger leading to the next supplement, if it’s a Dragonlance-like romp, or an adventure path, the story’s emergence is usually confined to those marginal actions which won’t durably impact the planned adventure series. At the end of the day, there are only two options: to fail, or to succeed at the adventure. Missing too many hints? Fail. Total party kill during the final boss fight? Fail. This pattern turns the meaning of roleplaying into something close to acting: you play whatever character you want, talk in voices if you want, discuss with minor Non-Player Characters, but everybody knows how this all will end—success, or failure. The diegesis, the setting and underlying assumptions about the characters support the mimesis of play, the acting part, hence setting supplements being extremely detailed since they’re all there is to foster the willing suspension of disbelief of the players.

In Old School, and Story Games alike, roleplaying means that the players—Game Master included—have no fixed idea about the game session’s outcome, that all bets are off, and odds open. The diegesis here is but partly-written because it’s the players’ job to join the dots in an active creation of belief that the mimesis, the play, will further shape.

Understood in those terms, and trying to further bridge the divide between Fluff, and Crunch, you find setting bits in every movable part of your game: in character classes, in equipment lists, in spells, in monsters, and in magic items, artifacts, and relics. Deciding, for instance, to play AD&D solely with Fiend Folio monsters, or with the Terratic Tome, will give a very different flavour to your game than you deciding, for instance to go with orcs, and goblins. Featuring a spell-casting class means there’s magic, etc. Imagine a D&D game where the only allowed races would be Aquatic Elf, Lizard Man, Flind, and Ghoul instead of Elf, Dwarf, and Halfling.

It doesn’t take much more than that to kickstart a great game: forget about the Fluff, and intentionally build the setting into the rules. If you decide wisely what books, and game supplements to use for all those movable part, you will never need a setting book again, because they all are.

The craziest, biggest dungeon ever published by the OSR. A campaign, a massive generator for all character level, and a grotesque setting all-in-one.

It’s not about killing monsters, looting treasure, and gaining experience as you delve deeper into some mad archmage’s architectural folly. It’s about surviving in a loathsome, terrifying environment where nothing is quite as expected. It’s about atmosphere, gloom, and despair. It’s a thriller. The characters’ 10′ poles shall be broken, their ropes cut and their rations spoiled. They will die, many of them, many times and there’s no happy end when it’s over. It’s never over anyway.

Castle Gargantua is about the same height as the Empire State Building and the same size as Ceausescu’s Palatul Poporului in Bucarest, a little bit over three million square feet, the same size as the entire Old City of Venice. Its rooms and corridors are so huge that condensation clouds of mist hover within and that it rains inside sometimes. There are miniature tornadoes in the spiral stairs and strong drafts of wind when the corridors are slightly sloped. If a curtain would fall, its weight alone would smash a dozen men to a pulp.

Even without using the Castle Gargantua book, these maps have me wanting to run encounters in them — massive towers and kitchens that are now run by creatures the size of mice compared to the original owners – Dyson Logos.

A WUXIA GHOST STORY SANDBOX, AN INVESTIGATION ADVENTURE, A SETTING ENCAPSULATED IN TIME COMPATIBLE WITH EVERYTHING OSR

When omens portend ill fortune for the city, the priests call upon a Dragonboat Festival: a racing competition gathering swift boatmen from all over the continent. Their ancient chants call forth the powers of the undying, waking the Flower Liches from their distant graves. For a week, the liches roam the city freely, and oversee the race, taking the losing crews as tributes and sacrifices. Once the Dragonboat Festival is finished and the liches disappear, the city’s prosperity is magically replenished, and all the monetary wealth the citizenry had before the festival — player characters included — is doubled.

SUITABLE FOR ALL CHARACTER GROUPS & LEVEL

As an aside, here’s a selection of what people said about in reviews these last months.

Mad Monks of Kwantoom has a very nineteen seventies sword and sorcery comic book as well as Marvel martial arts feel to it. It’s as if you had time machine and went back in time to your favorite hobby shop and this book was sitting on the shelf (Eric Fabiaschi).

Lots of Saffron and Jade and rare and magical spices, if you get my drift (Noah Stevens).

Truth to be told, “sourcebook” is a bit of an understatement. This thing is not just an Oriental Adventures sourcebook, but also a solo campaign generator. There is a ton of cool stuff in here to “lovingly borrow” (The Frugal GM).

If you want to go for Crouching Tiger, Hidden Dragon swordplay, then go for it (Roll for Initiative).

Now with an extensive and lengthy review on the Save or Die! Podcast. check it out here: http://saveordie.info

So that was cool. Coupled with the nice game setting, the sensible monster lists, and some out-o-the-box magic items (fairly pulp fantasy stuff with good and bad benefits of the kind usual to folklore and NOT found in modern D&D editions) this is a nice little book to pick up and run a campaign.

Well worth checking out, I like it – a decent well-priced (I got the PDF) creative catalyst for old school gaming – there’s a lot of cool ideas in it’s 70 pages – even beyond the random DM-less dungeon adventure generator.

This like the Random Dungeon Generator in the original DMG? I remember playing with that way back in Junior High.

This is a great adventure generator! Love it!

BUY RUINS OF THE UNDERCITY IN PRINT AT LULU

BUY RUINS OF THE UNDERCITY IN PDF AT DRIVETHRURPG 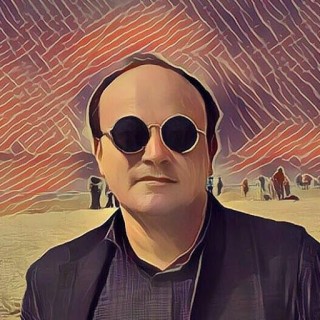